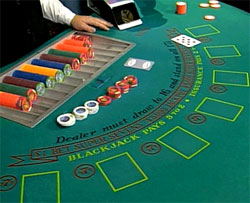 Mike Waseleski is one of the 6 defendants who were convicted of stealing during the games at the blackjack game tables and winning nearly $800,000 back in the 2009. Mike Waseleski was adjudged to $250,000 fine and five years' imprisonment.

According to the researches he was the member of the Tran Organization which was formed in the 2002 in California. This organization prepared and trained the dealers to dissimulate to be shuffling cards while the blackjack game and the mini baccarat games during the gambling. This process of affected shuffling makes possible dealers to remember the order of the cards. The casino members would ask the dealers do not shuffle the cards and use this learning whiles the wagering. The imprisoned Mike Waseleski got such training course at the Houston, Texas.

Moreover, the department of justice in the US says that the cheaters used the software and hardware which was secret in order to get the victory and misappropriate thousands of dollars. The band was travelling that is why nearly 27 blackjack tables were cheated.

In March 2009, another cheater Phuong Quoc Truong, who was the member of the Tran Organization too, was imprisoned to six years after making illegal winning which was worth $868,000.But what is astonished in this history he got his victory in 90 minutes at the Resorts East Chicago Casino!