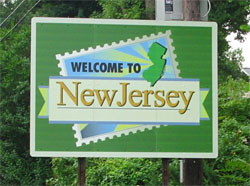 Recently the Democratic and Republican Parties were working with the Senate. The result of their work was the bill which permits to play online games like blackjack and poker. The inveterate gamblers should know that the vote to legalize the online blackjack game and other casino games in the New Jersey had the great support. The Senate and the majority passed the vote with 32 favor and 2 against. It means that the new bill will allow the players to play online blackjack with the real money.

New Jersey is the first state in the USA which determined to take this step. To tell you the truth people expect that the other states will going to follow the New Jersey decision. Moreover, the Assembly also voted to the favor of this bill and now it is waiting for its signing. The governor of New Jersey Chris Christie should sign it and implement this document. The New Jersey population says that there should be no obstacle from the governor of their state.