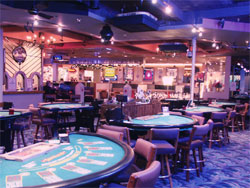 Blackjack is a game with a huge history. It had many ups and downs. There are various secrets and mysteries around it. But blackjack fans stood all the hardships and kept the game as interesting as it was before and brought even more changes to make blackjack more interesting for new players and captivating for professionals.

There are many variations of blackjack. It means that people do not lose interest in this card game, which has been attracting people for centuries. Together with the variations, different strategies were developed and improved. And now we have dozens of each kind. Still, some of the strategies as well as some of the variations are more popular than others.

As you might have known, European Blackjack is a type of classic blackjack and it is mostly played in Europe. It is usually played with 6 decks. The dealer has to stand on soft 17, which is rather good for player. The players have a right to double only hard totals like 9, 10, and 11. Also, the players can double after they split. The house edge is 0.62 percent, if all the rules are followed.

In this variation of the famous game two decks are used. Just like in European variant, in the Multi-Hand Blackjack the dealer stands on soft 17. But none doubles after splitting is allowed. At the same time you cannot re-split as well. At the same time the players can draw in order to split the Aces. You are not allowed to surrender.

Spanish 21 is a variation of many rules. You can do late surrender, double after splitting, resplit the Aces. The most interesting thing is the player's natural Blackjack beats the dealer's one. The players can also hit + double down after they split the Aces. There are some rules, which can be optionally followed, like the dealer has the right hit or stand on soft 17. You can play with 6 or 8 decks.

One of the peculiarities of Pontoon variation is that it is played with 4-8 Spanish decks (Spanish deck consists of 48 cards, instead of 52). Four 10s are removed. It means that the player's odds increase immensely. At the same time there are rules, which are favorable for the players, like 21 points or Natural beats the dealer immediately.

Vegas Strip "stretches" on 4 decks. The dealer is to stand on soft 17. You can double on any of the first two cards you receive. Once you split, you may double. You can even resplit up to three (!!!) blackjack hands. The house edge is quite low. It is only 0.36 percent.

It may seem that it is a classic blackjack game, in which you can cheat a little bit. But in reality Blackjack Switch is a variation where you can really trade the cards between the hands. You can switch second cards, which you were dealt, between each other. But it is not so cool, as it seems at the first sight. You have to master your skills to benefit in this game variation. Besides, keep in mind that you are paid even money for the winning.

This game has so many names, like Ban-Luck. Malayans call is Kampung or Village Blackjack. It seems that there are many superstitions made up around this variation. Chinese Blackjack is played with 1 or 2 decks of 52 cards each. Gather a company of friends, no matter how many volunteers are there, all of them can play as the number of players is unlimited.

This game is really good for players. Both of the dealer's cards are dealt face up. But at the same time, you can win only even money, which is not really alluring but still the win remains rather high. The players have a right to split only one time. There are optional rules in Double Exposure Blackjack as well. The dealer can hit or stand on soft 17. You can double after you split.

Are you ready to play a tournament blackjack? It is Elimination Blackjack variation. The dealer hits on soft 17. You have the right to split more than four times. But once you split the Aces, no more splitting pairs for you. You can also double down if you have only 2 cards.